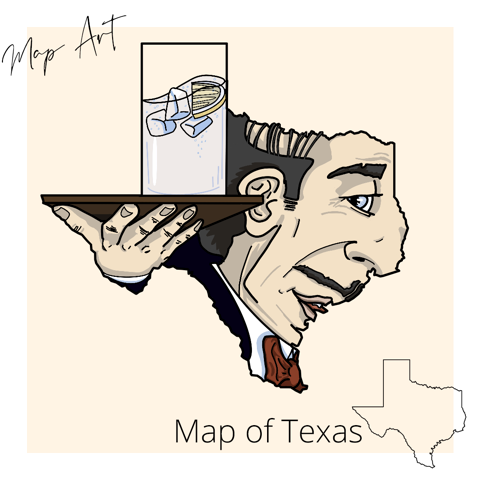 The waiter was one of my first Ideas, I redrew it a couple of times. Straight lines are always challenging, but here they worked pretty well. 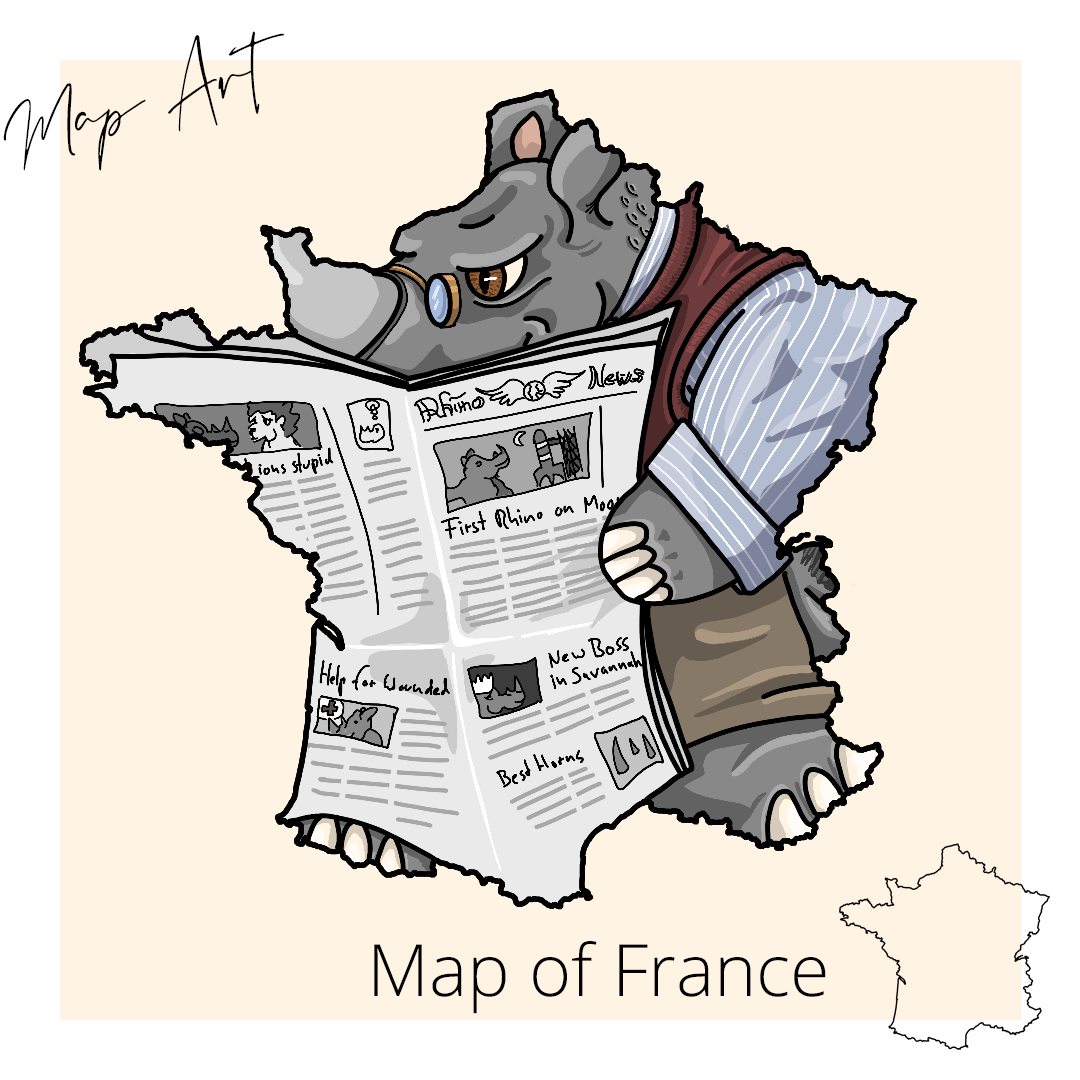 I did several Versions of France, but the rhino with the newspaper is by far my favorite. It was an idea by my community. 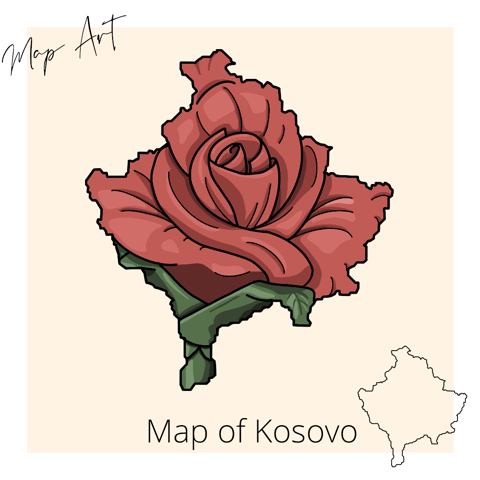 A lot of people asked me to draw a map of Kosovo, but it took me quite a while to get a good idea. When I started drawing this image, I intentionally wanted do draw a monster. But soon it turned out to be an old man and later I realised it could be a Leprechaun. 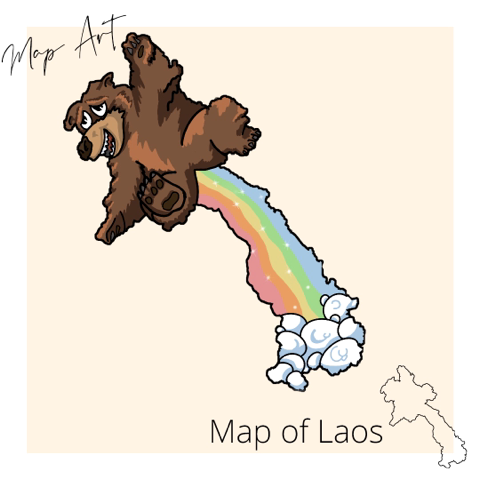 The Rainbow-Bear was my third version of Laos (I drew a palmtree and a dinosaur before) but this version is my favorite. 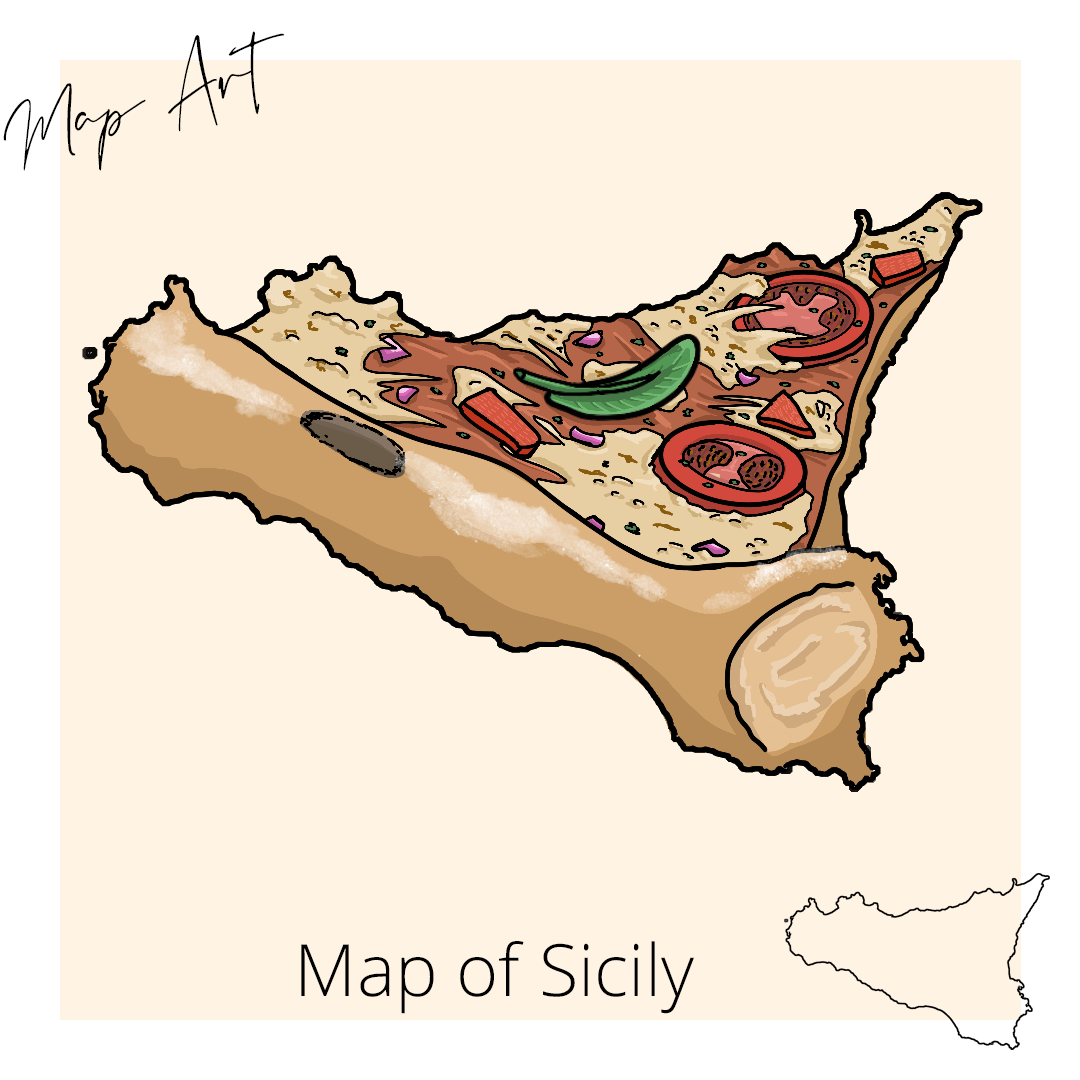 Although it is not a traditional sicilian pizza, Italy an pizza belong together.

I knew a native warrior would fit, but I had to do some researches to create the headdress. 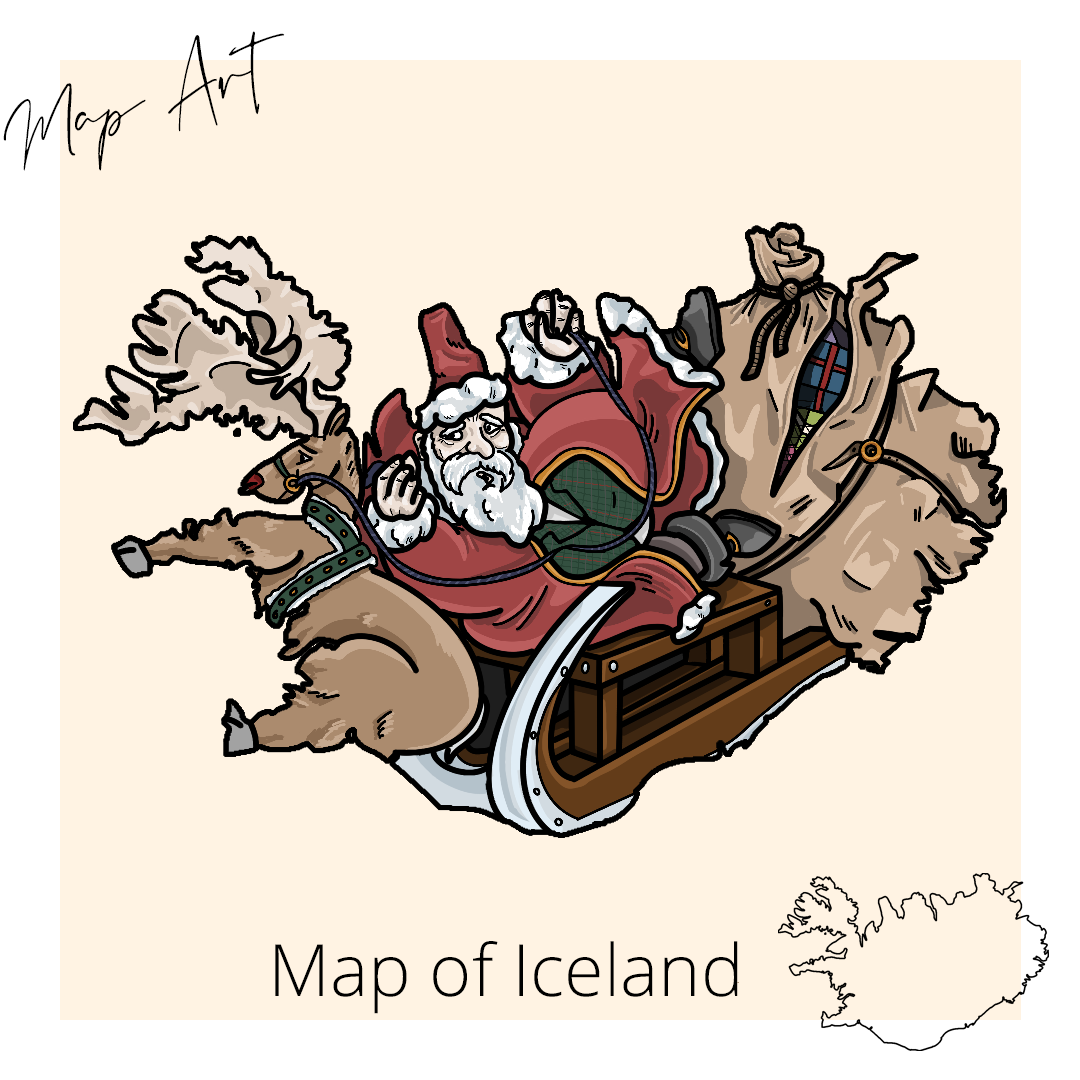 Still suprised on how much the western part of Iceland looks like a reindeer.

My name is Max Schöm, born in Heidelberg, Germany, and now working as a journalist for the public broadcaster MDR in Magdeburg. During my work for the Instagram channel #MDRklärt, I often used maps for illustrating news. So, I learned a lot about the shapes of the different German federal states, especially Saxony-Anhalt – and I discovered, that Saxony-Anhalt looks like an old man. One day, I drew this old man in the shape of Saxony-Anhalt and shared it with the users of MDR. The feedback was huge, as other people also saw faces, animals e.g. and I drew their ideas, too. As the world bears much more shapes, the idea of Map Art was born with thousands of fans in the whole world.